There’s nothing easy about opening up a new business, even if it’s all about something you love doing. But in December 2012, when master fabricator and offroad legend Dan DuBose launched Motobilt, “a full-service metal fabrication shop offering complete vehicle builds, parts and accessories for offroad and hot rod applications,” he had three important things going for him: He was enthused about again being fully engaged in serving the offroad community; he knew the importance of a good plasma cutting table; and he was back home in Dothan, Alabama, which made it easy to work with friends and family.

Far from being a newcomer in the offroad world, DuBose  has been “wheeling” for more than 20 years. In 2001, he founded Blue Torch Fabworks, through which he quickly established numerous global connections. A few years later, as it continued to grow, Blue Torch relocated to Birmingham, Alabama, roughly 200 miles to the north.  DuBose sold his interest in the company in 2009 and returned to Dothan’s simpler lifestyle to spend more time with his family.

"I am Addicted to Metal Fabrication" 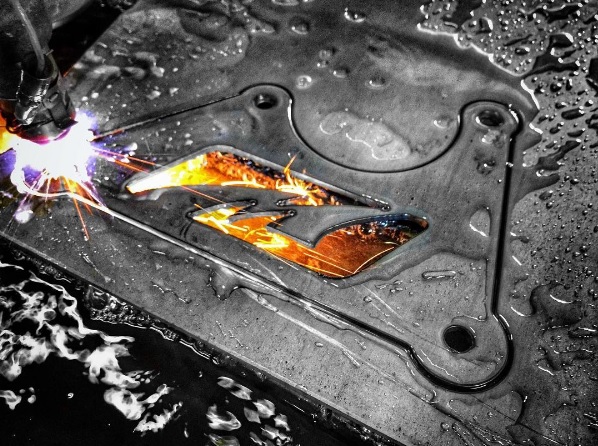 Always interested in the artistic side of the business, DuBose originally planned to simply continue producing vehicle wraps, banners, and other large-format printing. But the idea of opening another fab shop lingered, and by late 2012, the time had come for Motobilt to become a reality. It was no surprise to those who had grown to know DuBose over the years. As he wrote in one straightforward social media profile, “My name is Dan. I am married to my high school sweetheart Carla. I am addicted to metal fabrication.”

Initially opening online in December 2012, Motobilt’s bricks-and-mortar incarnation was a small shop in Dothan. Two years later, Motobilt was doing suspension lifts, custom suspension fabrication, roll cages, side by side upgrades, and of course producing its world class line of Motobilt manufactured products, which meant it was time to expand.

By May 2015, the company had moved into a new location nearby. The facility provided both additional space and a showroom to accommodate increased fabrication work and sales. Around that time Motobilt acquired a Torchmate® plasma cutting table that allowed the company to do much more of its own fabrication. Torchmate is a division of the Lincoln Electric Company.

"The natural choice was to go back with Lincoln Electric" 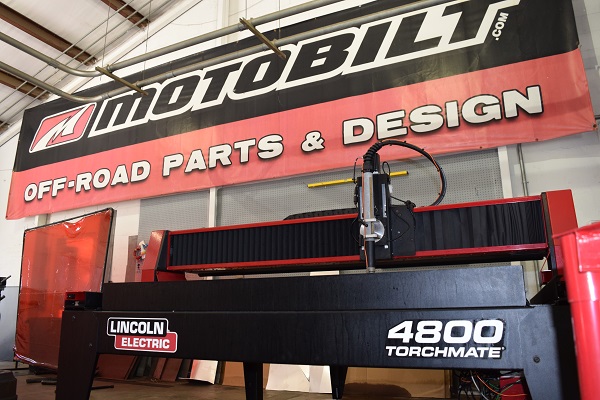 “Dan originally had a Torchmate table when he started Blue Torch,” said Garrett Johnson, Motobilt’s shop manager, “so the natural choice was to go back with Lincoln Electric.”

A long-time friend, Johnson began working with DuBose part-time in 2012 when he opened Motobilt. “I’d just come help him nights and weekends,” he said. “Then it got to a point where Dan said, ‘Hey, I need some help – do you want the job?’” Johnson joined Motobilt full-time in November 2015 and since then has spent most of his time running the plasma cutting table.

Johnson learned welding fundamentals when he joined the Army National Guard as a junior in high school. To watch him today, one never would know that program was his only formal training in metal fabrication.

“I’m a pretty quick learner,” he said, “but I don’t need a classroom to learn. I just need to get out there and screw some stuff up a little bit. You break something; then you learn how to fix it.”

After having helped assemble Motobilt’s first plasma cutting table and watching others use it, Johnson was eager to give it a try.

“Dan gave me a little crash course in what to do, then I’d come in when nobody else was here and just start cutting. That’s how I figured out what it’ll do – what I can do – and where I can improve,” he said. 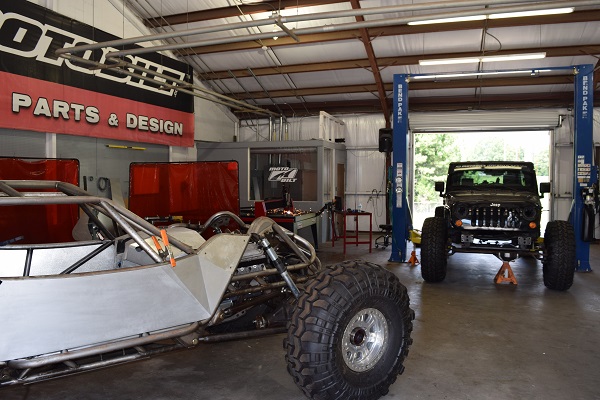 “We were running a 60-amp Hypertherm® on the older table,” Johnson said. “It cut all right, but this one – I mean, it’s night and day difference.”

The first difference, he said, was in the setup. “The old one took three days to put together. And then you have to have the plasma separately, and then we had to buy a computer for it.” By contrast, Johnson said, setting up the Torchmate 4800 took only about four hours.

“It came with everything. All I had to do was put a plug on it, for my plasma, and drive a ground rod – just getting everything set, and tying some wires out of the way,” Johnson said. “Other than that, I got a wireless keyboard and a mouse, because I prefer them to a touchscreen, and it works great.”

That “great” performance is where the second difference becomes obvious, Johnson said. “The old machine cut nicely, but we were running 40 amps and cutting 100 inches a minute on 14 gauge.”

“For 18 gauge, on the older machine I was running 40 amps and 150 inches a minute. Now, on the Torchmate 4800, I’m running 50 amps at 500 inches a minute,” he said. Essentially, Motobilt has doubled many production rates, and in some cases, even more than that. 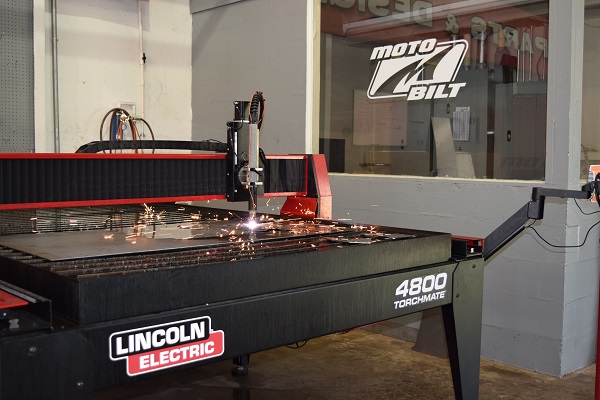 “I’ve tripled my speed on 3/16ths and more than tripled it on 18 gauge,” Johnson added.

The production improvements clearly are turning out to be more than what Johnson had expected. But as the saying goes, wait – there’s more. Consumables, which are always a concern, last much longer on the 4800, significantly beyond the manufacturer’s recommendations.

And that’s important for maintaining top quality, as well as high productivity, in Johnson’s book.

Thanks to Motobilt’s added capacity, high quality, and competitive pricing, the company has been able to take on some high-profile projects at the same time as it has been diversifying. For example, although the details are still under wraps, Motobilt recently modified four Dodge Ram trucks that will appear in the upcoming movie “Wolverine 3,” scheduled for release in March 2017.

Beyond fabricating offroad parts and accessories, the Motobilt production schedule also includes cutting for a select clientele. “We’ve got several people that just come in and ask, ‘Hey, can you cut this tab,’ or, ‘I need a little dash panel that’ll bolt into my stock dash,’” Johnson said. “So they bring a little paper template, or they’ll bring the vehicle, and we’ll make the template and then cut it right there.”

And then, of course, there’s one more very important customer: DuBose’s wife, Carla, who in the fall of 2015 started a business of her own – Steel Your Initial. Through online and word of mouth sales, Steel Your Initial plays on the strengths of the Motobilt staff and equipment to offer custom metal letters, door hangers, monograms, wall art, metal home decor, metal garden flags, car tags, and Christmas decorations – many featuring elegant floral motifs made possible in steel through the fine quality of plasma cutting.

It seems there’s just no end to what a good plasma cutting table can do for you.