Owner and master fabricator Kevin Stearns launched Pacific Fabrication a decade ago. Like many startups in neighboring Silicon Valley, he initially worked out of his garage but soon expanded into a small shop nearby.

Stearns’ company rapidly established a reputation for turning out top-quality custom work and quickly outgrew that space. Today Pacific Fabrication operates in a 10,000-square-foot facility that also houses Tilden Motorsports, an early pioneer of LS motor swaps that has added to its lineup over the years and now offers a large assortment of parts and accessories. 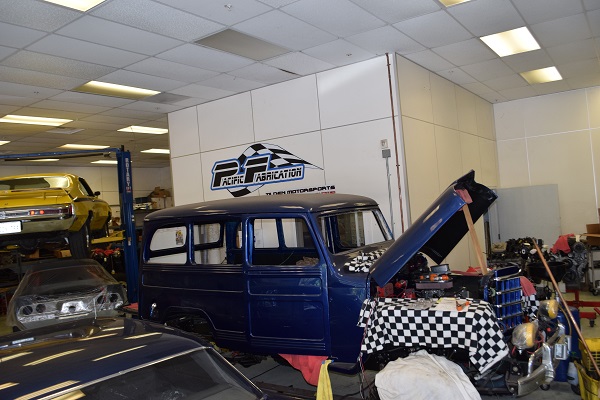 “The plasma cutter is here for us to design and produce the parts we need for custom suspensions, engine mounts, transmission mounts, cross members, and chasses,” said Jason Howerton, who for the past nine years has been shop foreman at Pacific Fabrication. “We also use it to cut a lot of the normal race car shop stuff, like tabs and brackets, and we manufacture some cross members for LS swaps in specific Chevy trucks. All of that we cut in-house on the plasma system.”

Those cross members are one of the company’s higher piece count items.

“Every time I make them, I cut up to eight, which is usually a full sheet,” Howerton said, noting that demand varies with the economy and time of year. “I can cut a sheet every two weeks or it could be once every two months.” 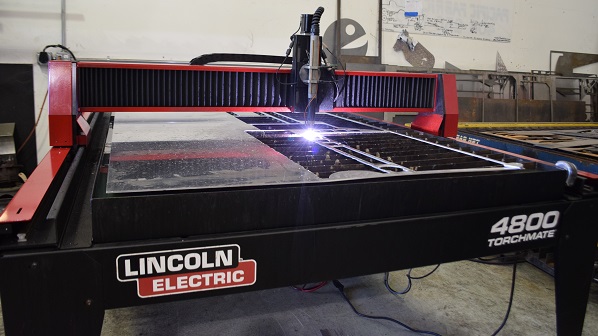 One of the things he really appreciates about the new Torchmate 4800 plasma system is how quickly and accurately it cuts.

“We had a CNC plasma cutter for the last seven or eight years that we bought from another company that built it in-house,” Howerton said. “Cutting a full sheet of the LS cross members would take about six hours with the old machine, but on the Torchmate I can do it in less than two.” He also noted the Torchmate 4800 system is saving more than just time and electricity.

“With Torchmate I can just let it go,” Howerton said. “The consumables last a lot longer, and I don’t have to change tips every quarter of the plate.”

Stearns said he and his crew also have been taking advantage of the Torchmate system’s cut quality. 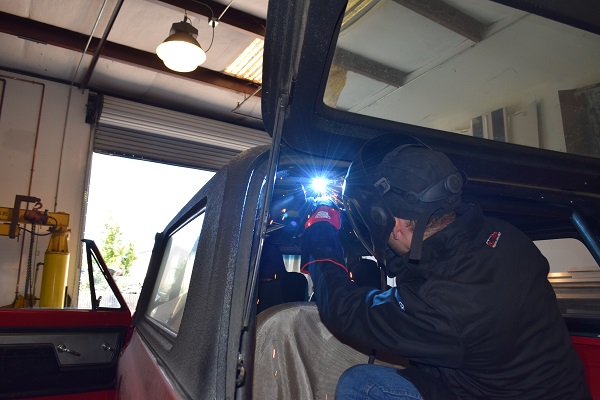 “Going from our old plasma cutter to this new Torchmate opened up our capability, just with how tightly crisp everything can be,” Howerton said. He attributes the improved performance to both the drive and cutting systems.

“I can hold tighter tolerances because the drive is so much tighter, so much cleaner, and so much faster than what I had before,” he explained. “And the torch also helps, because of how it’s mounted, how rigid it is, and the arc – depending on the tip that you have in, it can hold a very tight line.”

“My old plasma system would cut on the drawn line. So if you drew something in CAD, it would cut right on that line. Depending on your torch, you could lose a sixteenth to an eighth inch overall,” Howerton said.

Torchmate’s software allows the operator to choose between cutting on the line or cutting with a female or male tool path. This functionality automatically puts the kerf on the inside or the outside of line defining the hole, for example, depending on the operator’s selections. 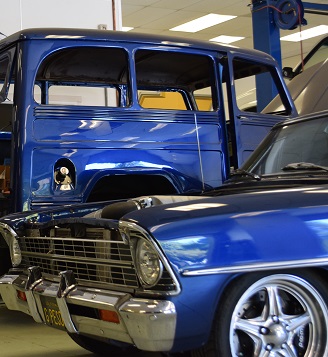 “It brings the tightness in to where you don’t have to mess with it,” Howerton said. “It takes the human error out of it.”

And, because the Torchmate 4800 system cuts so much faster, the heat input is reduced so there’s no deformation as parts are being cut. That also has helped Pacific Fabrication expand its capacity to offer more intricately detailed custom work.

“With the CNC plasma we had prior to the Torchmate, I couldn’t do tight letters. It would just blow it out. Now, with the Torchmate 4800 and how tight the gantry is, and how clean the plasma cutter is, I can actually produce really tight letters,” Howerton said. “I just cut a piece with letters that were ¾-inch tall, and it worked out great. I could never have done that our old plasma system. The Torchmate 4800 definitely expands our horizons and gets us to where we can do more.”

While Howerton had been primed to expect performance improvements, the ease of setting up the Torchmate 4800 came as a pleasant surprise. Skeptical when first told it would take only half an hour to setup, he’s a believer now.

“As long as you have your air and your power ready to plug in, that is very true,” he said. “Once you get it off the crate, you level it, plug it in, and you’re ready to go. Especially if you have prior knowledge of Torchmate software, you’re ready to rock.”

Even with no prior Torchmate-specific experience himself, Howerton was in high gear in almost no time. 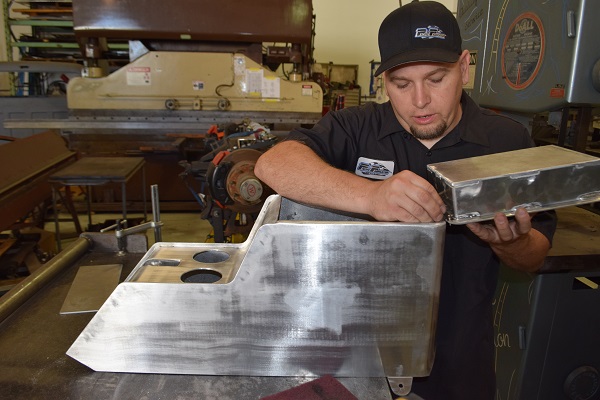 “The huge plus is that you can call and get support,” he said. “They walk you through any questions you have. I had nothing but good experience with tech support people when I ran into a problem or had a quick question on how to do something. There’s also all kinds of educational stuff on the Torchmate website, including videos, that can help you figure something out.”

Oh – and one other thing: “I think having the touch screen is awesome because it makes everything more compact and you can walk up – you don’t have to grab the mouse or anything – and you can just go at it,” Howerton said. “It does make drawing a little more difficult, but if you have the stuff on another computer where you can sit down and draw – which is how I’ve been using it – then you just take it over to the Torchmate 4800 and cut it.”